The idea was just too novel to pass up. I enjoy drinking wine, and I enjoy reading, so combining these two loves of mine was a no-brainer. This week, I have a few new authors to introduce you to. Hope you’ll enjoy reading their words between sipping your favorite vino. I certainly will! 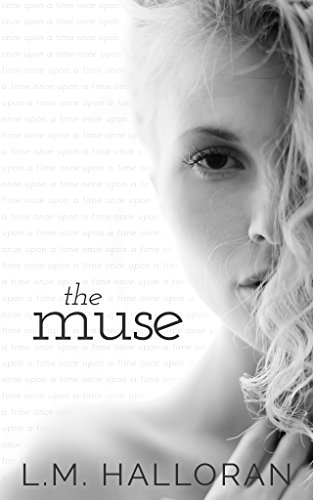 THE MUSE by L.M. HALLORAN

“A scorching hot Professor/Student Romance that burns up the pages!” — L.V. Lewis

In her final year of graduate school, Iris Eliot’s dreams are within reach. She’s ready to put the past behind her and embrace whatever the future brings.

Until the future brings him.

Professor James Beckett, bestselling author and award-winning poet, is the new head of the Creative Writing Department at her university. Brilliant and obnoxiously sexy, he’s more dangerous than Iris knows.

When Beckett sets his sights on Iris, it’s not just her heart on the line or her academic and professional careers. Surrendering to the way he makes her feel will rewrite her past.

Beckett and Eliot. The surnames were apropos to their vocations. Both writers, one a professor, the other his student and TA. This is a recipe for forbidden, hot romance. These two have an immediate chemistry which neither expects given their stations and the fact that he’s found himself in this position once before. Yet, Iris’s secrets, once finally revealed are served up with a healthy dose of betrayal that she just doesn’t see coming. There is much that one can criticize about this book, but it serves up exactly the recipe of romance, conflict and complications one would expect from just such a genre romance. Suspending disbelief allows one to enjoy this story for what it is: an achingly hot romance between two consenting adults, despite the secrets that could destroy them both.

A GIRL AND HER TIGER by Zoey Gong

She didn’t plan on becoming a rebel…

After watching her parents serve in British households for her whole life, Priya grew to despise every aspect of British colonialism. After an introduction to a British family in an attempt to secure a servant position of her own ends in disaster, Priya runs away to try and find a better life.

But she doesn’t get far.

Alone on the streets of Bombay, Priya is kidnapped and taken captive aboard a smuggler’s ship bound for the slave markets of the Americas.

And in the cage next to her – is a ferocious mama tiger named Nabhitha!

When Priya and the tiger see a chance for escape, will Priya dare to take it? Or will she end up the tiger’s dinner?

Follow Priya and Nabhitha on a journey of courage and second chances.

A Girl and her Tiger is the third book in the Animal Companion Series, but each book is a stand-alone novel with new characters and adventures.

Myra Dean thought she escaped the tragedy that pushed her to the new town. However, when her boss’ son rides in on his Harley, she finds herself wondering who he truly was. Was he the man of her dreams or was it his motorcycle brother, the golden eyed detective who melts her heart?
Cross and Blaze come from two different backgrounds but their duty is to protect Myra. She was born with the blood of two different species running through her veins making her a target for the demon, Malach. With the taste of her blood, he can do what no other demon could do, return to heaven.
Will Cross and Blaze figure out how to control their jealousy over Myra so they can protect her or will she have to save them instead?

This site uses Akismet to reduce spam. Learn how your comment data is processed.

Musings of A Romance Junkie

Book Reviews From a Professional Reader of Erotica

Musings and Obsessions of a 40 yr. old Teen

BOOKS & PERFUME (AND OTHER STRANGENESS)

Romance Novels for the Beach

Find out which sexy books to bring with you, or leave behind, on your next beach vacation.

MOON IN GEMINI
Pen and Quil

The power and the passion of the written word

Stories are the Wildest Things

One Writer's Journey by Paul Jenny

Spicy Romance Set in the South

A community of readers